Did you know there is a clone of Flappy Bird written in Xojo?

A Xojo user created a version of Flappy Bird in Xojo, which he calls Xoppy Bird. Bonus!- the full source code is available so you can see how easy it is to create a game like this with Xojo. 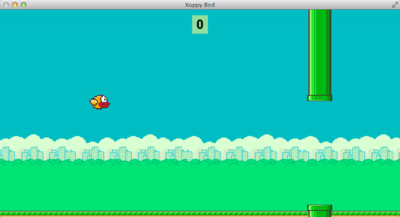 In case you haven’t heard, Flappy Bird is a simple game that took the iOS App Store by storm and quickly became a sensation. The developer was so overwhelmed by its success that he pulled it from the store, causing it to become even more reknown.

Now there are many Flappy Bird clones in the store attempting to cash in on the fad.

The Xojo game is quite a bit easier than the real thing. But still, my son and I had a great time playing around with the source code and tweaking the game to change the bird into a “ghost”, allowing him to fly through the posts. 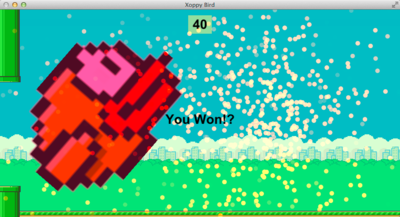 Download the game here and try it out for yourself. Make some changes to the code and let us know on the Xojo Forum or on twitter @xojo!

Published in Fun and Learning