Today’s laptops and monitors support high resolution displays which allow you to pack more information and content on the screen. Although one common complaint is that people find the text to be too small at the maximum resolution, Windows’ solution to this is the ability for the user to adjust the DPI setting. 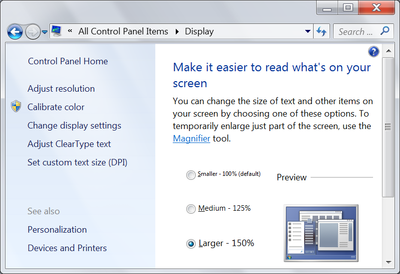 The Xojo IDE has some really helpful features you may not even be aware of! In the Navigator there are lots of items shown- some of which you may want to see all the time, some you may not.

Xojo ships with 5 database plugins in the Plugins folder. These plugins are what you use to connect to the following database servers and ODBC:

The ODBC database plugin allows you to connect to any database engine that supports ODBC connections.