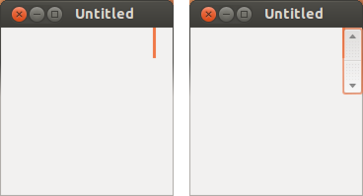 This is what the application would look like after the repositioning: 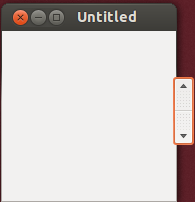 If for some reason you don’t trust environment variables or prefer added complexity, there’s another solution that will work, but be warned it has added drawbacks and dependencies (see comments in the code). Here It is, implemented as an extension method for the ScrollBar:

Finally, you should always test both cases (i.e. with or without Overlay Scrollbars) to make sure your UI looks correct. As mentioned above, you can set the LIBOVERLAY_SCROLLBAR environment variable to 0 to temporarily disable Overlay Scrollbars. This can be done easily inside a Terminal, just type:

If done properly your code will not have moved the scrollbar: 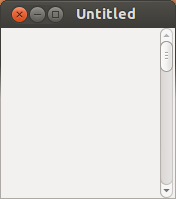