Over 18 million people participated in the Hour of Code last week! Did you?

To close out Computer Science Education Week 2013, I was a guest speaker for my wife’s 7th grade classes at Mahoney Middle School on Friday.

To start their Hour of Code, I gave the kids a short overview of what it is like to be a software developer and then showed them the Xojo Math Facts project. I briefly explained how it worked and then walked them through changing it slightly. Then I ran several of the example projects included with Xojo to show the kids other cool things they can make by learning to code. In particular they all really liked the Falling Blocks example. 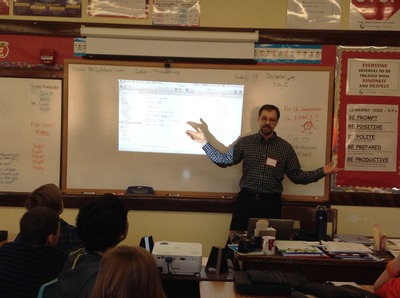 We then walked over to the computer lab where the technology teacher had set up a bunch of the Mac minis in the lab with a wide variety of tools, apps, web sites and games for the kids to use to help them learn the basics of coding.

Some of these were:

It was especially fun watching the kids think through how to solve some of the problems. And it’s always exciting when you explain how to do something and the “I got it now” light goes off!

The next day I attended the Maine First Lego League Robotics Tournament (my wife is the coach and my son is on the team). If you’ve never heard of First Lego League, it is for teams of kids (from 4th to 8th grade) to create Lego Mindstorm robots that are programmed to solve problems based a specific theme (this year is was “Nature’s Fury”). Their team won the 2nd place Strategy and Innovation Award! 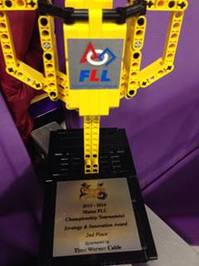 While there I also spoke with the folks at Project Login, who are helping to educate students, educators and employers about software development and programming.

All in all, it was great to see so much excitement and opportunities in programming during Computer Science Education Week 2013! But just because the week is over, dosen’t mean you should stop coding. Keep on coding, you won’t regret it!