Now that you’ve finished creating your Windows app, how do you distribute it to Windows users? Microsoft Windows users expect an installer, so you can’t really get away with just using a ZIP file to distribute your apps. What are your options?

Depending on the project, I’ve used two installers on Windows: Inno Setup and Advanced Installer. Both will create an installer that can place your app in Program Files, optionally create desktop and Start menu shortcuts, display a license agreement and much more.

Inno Setup creates setup.exe installers and is pretty easy to use once you get your script set up. The “QuickStart Pack” includes a Script editor that can help with that. Or you can grab one of the example scripts from the Xojo docs to get you started. There are examples for 32-bit and 64-bit Windows apps. Just replace the app names in the example with your app name, generate a new AppID (using Tool->Generate GUID in the menu) and you can build your installer. 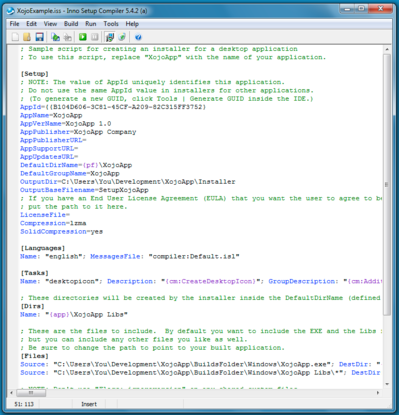 Advanced Installer has a user interface that is quite easy to use, allowing you to create an installer just by selecting files and specifying settings. The free version can use the “Simple” template which will likely suffice for most Xojo developers, but they also have a more powerful paid versions ($400 to $3000). In addition to the nice UI, Advanced Installer can create MSI (Microsoft Installer) files, which are often preferred by IT departments. From what I understand, an MSI makes it easier to do remote and bulk deployments 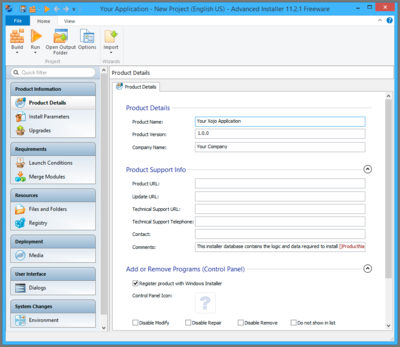 There are plenty of other installers for Windows, including the popular and expensive InstallShield tools. I think that Xojo packages up your application so nicely that you are not likely to need all the capabilities that the more sophisticated tools provide.

For more information about deploying to Microsoft Windows, refer to these documentation topics:

The Xojo Examples include sample Inno Setup scripts and some sample XojoScript you can use to kick it all off. These are located here:

Published in Desktop and Windows