Is Apple killing off mobile ads?

The issue of mobile ads is of particular interest to me as I am forced to think of mobile ads from three different perspectives. First, as a developer since Xojo can be used to create iOS apps; then as an entrepreneur because we advertise Xojo via mobile ads; but also as a personal consumer of mobile ads.

I think I’m on firm ground when I say that mobile ads are universally hated. We hate them more that TV commercials and certainly more than magazine ads. Why is this?

Mobile ads are rarely interesting to see. Every once in a while one comes along that is actually enjoyable.
Dumb Ways to Die is an excellent example (so excellent in fact, we made a parody:
Dumb Ways to Code).
Worse is that the  mobile ad user experience is awful. Ads appear and behave inconsistently. Sometimes they appear immediately, sometimes not. Sometimes we can dismiss them, sometimes not. Sometimes they are video and immediately start playing audio we weren’t expecting and sometimes not. I could go on and on.
Hulu has figured this out. The commercials on Hulu are not long enough for you to grab snacks from the kitchen, use the bathroom or most of the other things we have gotten used to doing during the break. The result is that on Hulu, you just pause whenever you need to do something and go do it. The ads are not all that annoying because they are short and Hulu makes sure you know how much longer the ads will run. Hulu manages our expectations.
When ads are annoying, we attempt to block them. Though, people have been blocking ads since ads began, Apple has made this easier in the
recently released iOS9. Apple itself is not blocking ads but they are making it a whole lot easier for app developers to do it. This has the content providers who rely on ad revenue
very nervous since more than 50% of web traffic is coming from phones now. 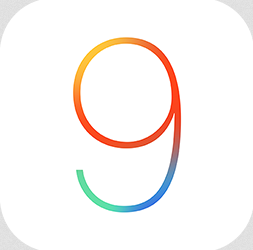 A seemingly disconnected event occurred along with this new ad-blocking feature. iOS9 also included a new app called Apple News. Much like Flipboard and the like, this app brings content from lots of different sources together into a single, consistent user experience. However, one thing that is clearly missing in Apple News is ads. How can Apple get all these content providers to provide content without ad revenue to pay for it? They can’t.
I think Apple has figured out that mobile ads are another terrible user experience which they can improve. I predict that ads will eventually show up in the Apple News app. Like the content, they will be tailored to your interests and they will be different from all other mobile ads in an extremely important way: they won’t be annoying. They will be embedded in the content. As you scroll while reading, you’ll come across an ad between sections of the article. You’ll first become aware of it as the top of the ad appears from the bottom of the screen. If it’s not interesting or you don’t want to be interrupted, you’ll just keep scrolling. It will be just like flipping past an ad in a printed magazine. In other words, the way you dismiss the ad will be not just consistent, but will also be the same action you are taking anyway: scrolling.
It wouldn’t surprise me if Apple even made them more interesting. Video doesn’t work well without audio and unexpected audio is annoying. Video also uses more bandwidth which will be annoying when you are paying for it via a cellular connection. As an advertiser, you get a second or two of my attention which isn’t nearly long enough to watch a video. Perhaps Apple will make their ads work in much the same way the new Live Photos feature works which is also new in iOS9. This feature includes 1.5 seconds of video before and after the still photo making it come alive. If you haven’t seen this, it’s similar to the photos you see in the Harry Potter films. If Apple is smart, the ads will be still but will then animate when you tap on them. That will trigger the curiosity in many people to tap on the ad just to see how it animates. Making the ads just a bit interactive would make them more interesting and not distracting.
Apple is killing off mobile ads so they can reinvent them as something better. Remember, you heard it here first.