Windows 10 is here, for some of you anyway. Yesterday (July 29th, 2015) marked the start of the roll out of Windows 10. If you reserved your copy using the prompt from your Windows 7 or Window 8 installation then you should soon have the option to download and install Windows 10, if you have not already.

I’ve been testing the Technical Previews with Xojo for months now and have not run into any issues. For the most part, Windows 10 works the same as prior versions of Windows. 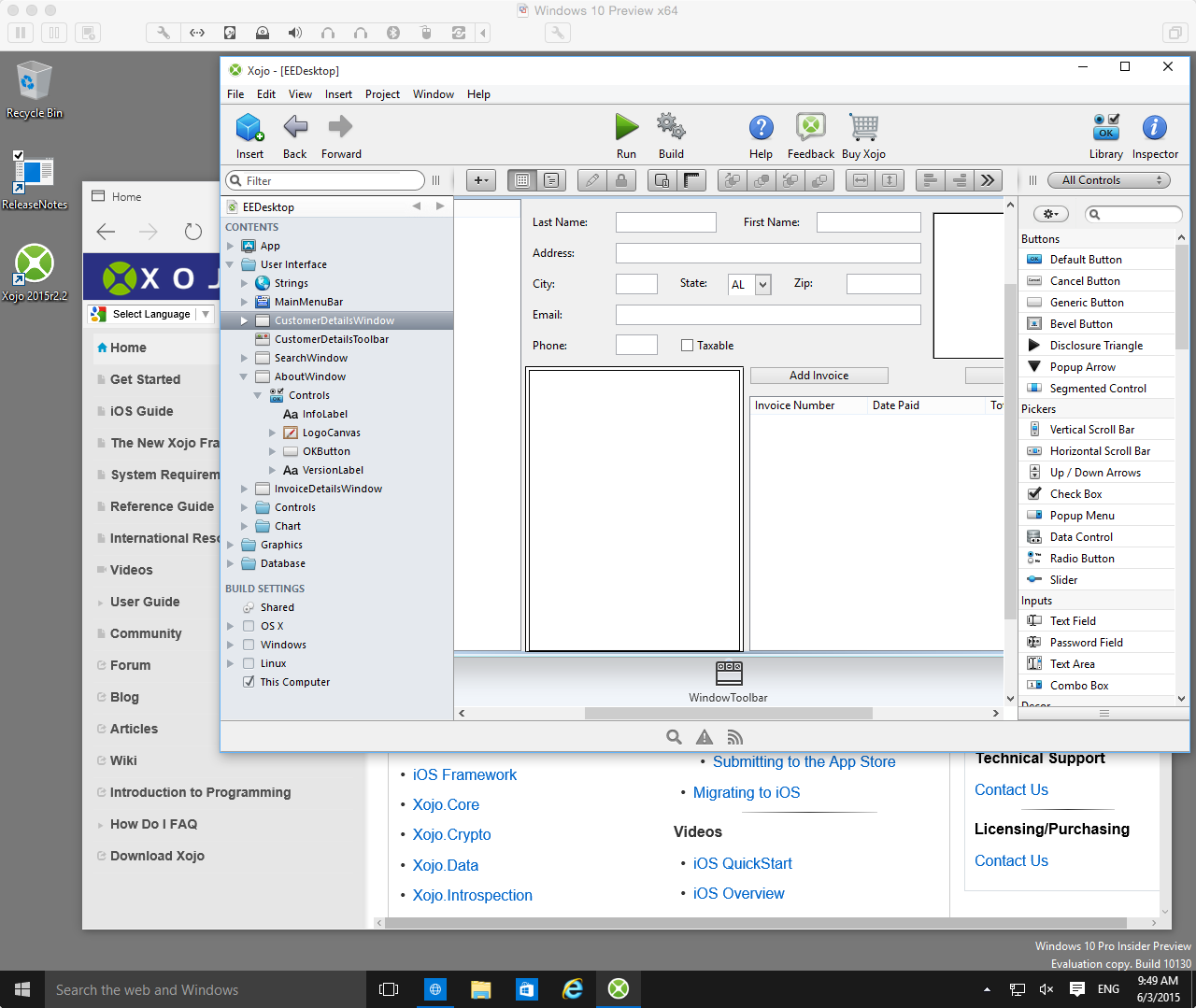 However, there are a few nice changes for those of you not so fond of Windows 8.

For starters (pun intended), the Start menu is back and is useful. Clicking it displays a “window” rather than switching you to separate new start screen. Here you can easily access your installed apps or any of the built-in “modern” apps. 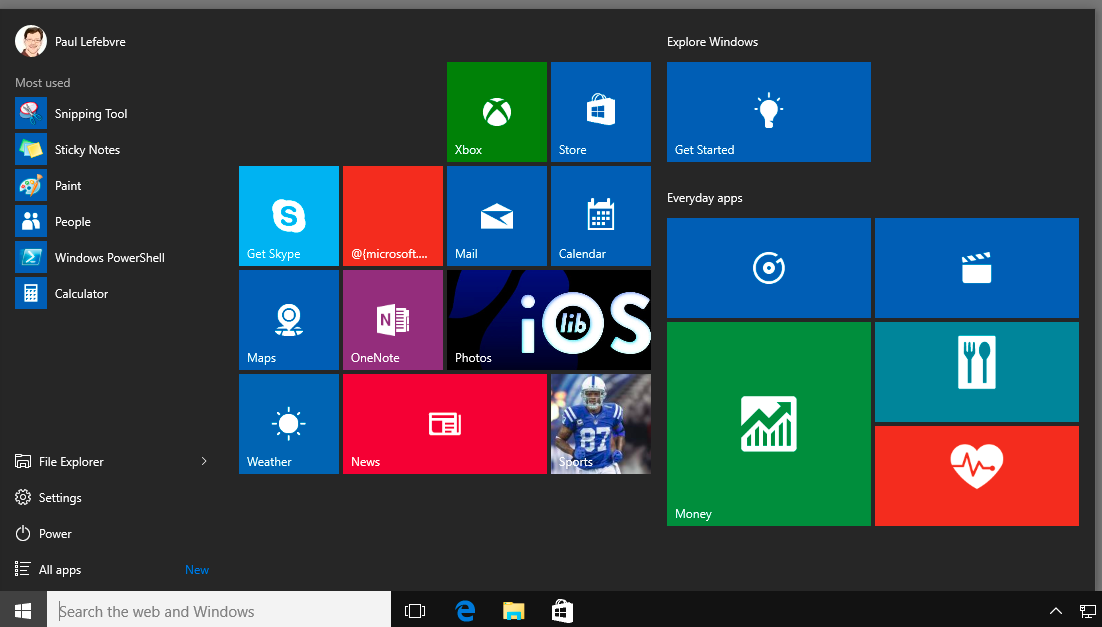 Speaking of these “modern” apps (the term for Microsoft apps that do not use the Win32/64 API but instead use the newer, flatter UI scheme), they now run in their own window instead of full screen. This makes modern apps blend better with the more common Win32/64 apps that are in use today and actually makes them useful on a desktop. Here is OneNote running in a window: 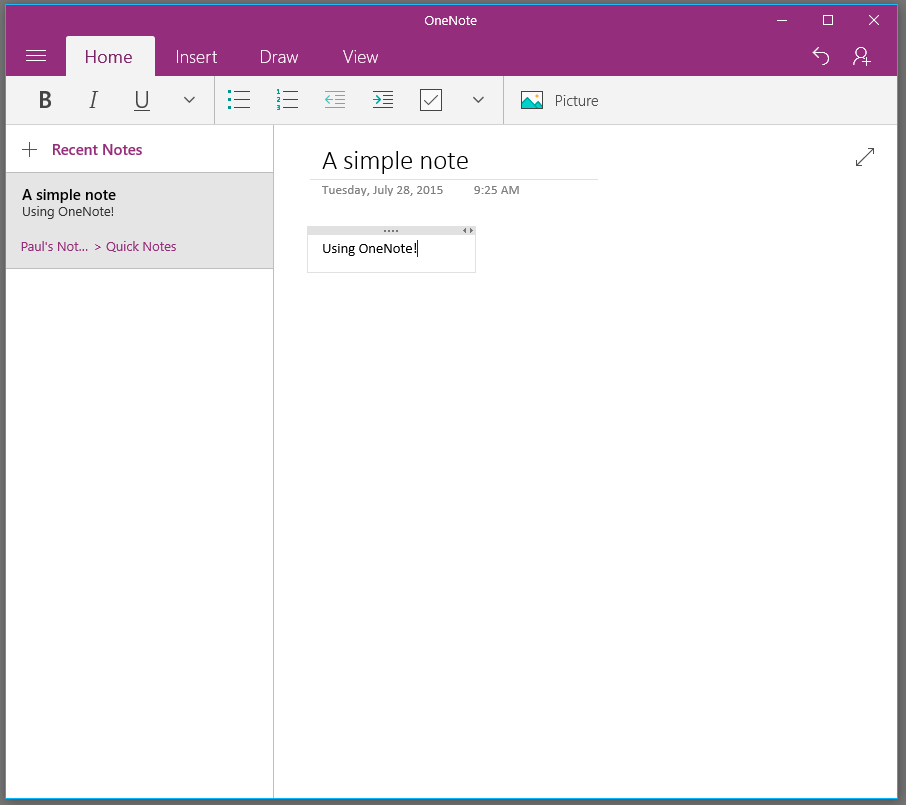 The Edge Browser is the replacement for Internet Explorer. It’s lean, mean and much faster than IE. Of course, IE still remains available for compatibility. Here is the Xojo Eddie’s Electronics web app running on the Edge browser: 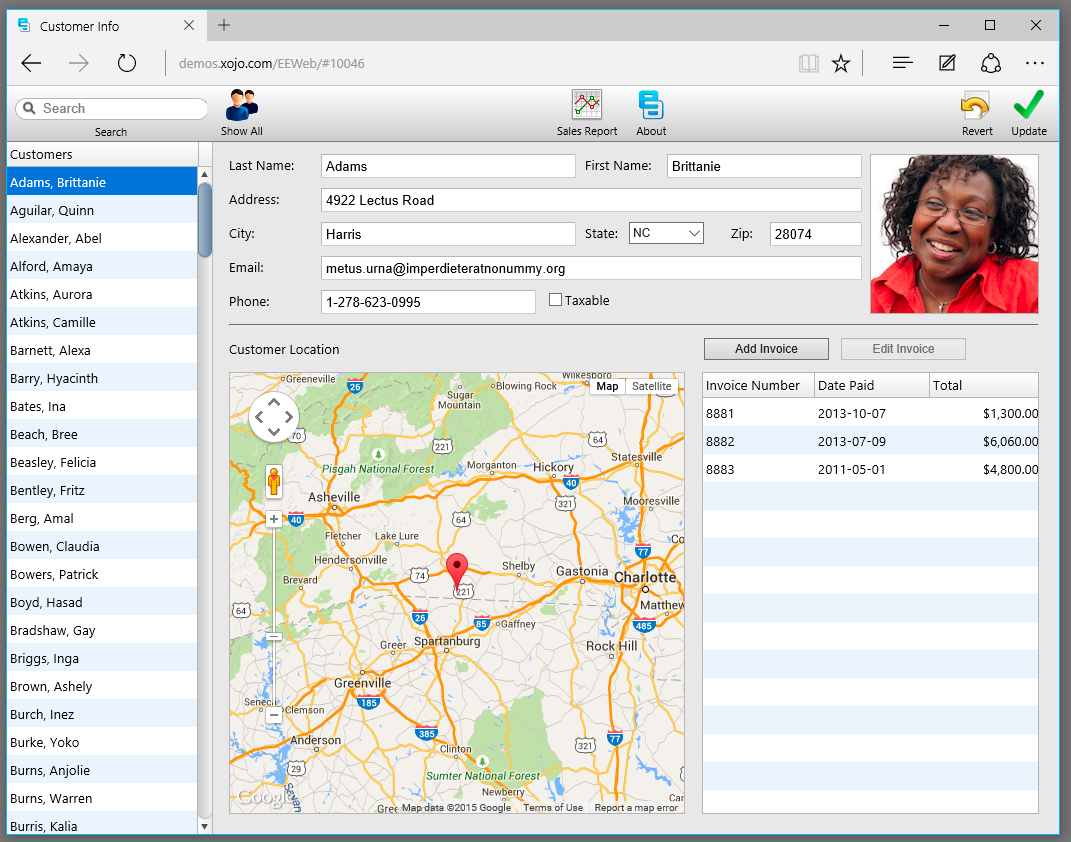 There are other visual changes: the system font looks different to me and the system icons now have a flatter look to them.

Search is built into the Task Bar and the Windows Store is more prominent.

But more importantly, Windows 10 is a free upgrade (for the first year) for those using Windows 7 or Windows 8.1. I think Microsoft is going to be more aggressive about getting people to upgrade, so Windows 10 ought to be adopted quicker than other versions of Windows were.

If you’re still using an older version of Windows (Vista or XP) then you are going to have to pay for the upgrade.

If you’d like to learn more about Windows 10, I recommend the reviews in Ars Technica and The Verge:

There have been reports of Windows 10 having some issues with Nvidia drivers and some other crashes due to automatic updates. So before you update your main system, be sure to take a couple backups. Or perhaps, try Windows 10 in a VM to test it with your software.

I found that VMware Fusion would not install Windows 10 from Windows Update. Instead I had to grab the ISO from Microsoft and run the upgrader manually.

Still, Microsoft has a lot of incentive to get Windows 10 adopted quickly, so I expect any bugs to be rapidly squashed.