When I was about 12, my dad brought home a Texas Instruments portable terminal. It was not a computer, just a terminal that could connect to the mainframe computer at his work through the telephone. It had no screen, just a thermal printer. 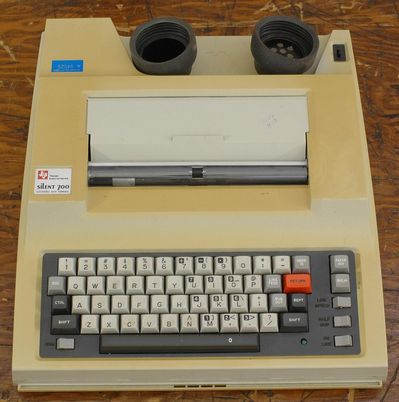 We would play the original text adventure game (appropriately titled, “Adventure“) and my dad began teaching me programming via BASIC. This was my introduction to computers and programming. Later, we purchased an Apple II (actually, an Apple II clone) which at least was a stand-alone computer. I had ideas for software I could write and sell. The first was a computerized version of the Monster Manual for the game Dungeons and Dragons. I thought it would be a lot faster if you could search for monsters rather than flip through a big book. I even paid a friend to do the data entry, having no idea that such a thing would be copyright infringement. Later I started working on a game called Math Maze. The game would teach kids math but be fun at the same time. In both cases, however, I had no idea how I would actually sell my software. I might have been able to approach a publisher, but I was 12 years old. In those days, there was no Internet, websites or app stores. There was really no way for someone without a lot of money for marketing to get the word out about their software.

Things have changed since the 1970’s. Today, a 12 year old with a good idea and determination can create an app and start selling it with little up-front cost. The modern world really is flat for young software entrepreneurs! Independent software development is one of those rare things that is available to anyone with a computer and an internet connection.