In this Dynamic Controls webinar, I covered how to use dynamic controls in your desktop and web apps.

To get started, I first covered the concept of Control Sets.

Then to demonstrate using them dynamically, I showed a sample app called “QuizJo” that displayed multiple-choice and true/false quiz from questions in a text file.

The text file was loaded, parsed and buttons were dynamically created for each possible answer. 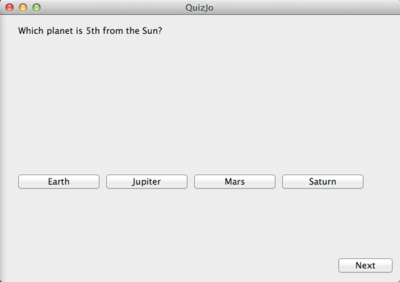 The first example showed how you would display the buttons dynamically using Control Sets. Then I moved on to showing how you would instead use Container Controls to accomplish the same thing.

Next, I showed how a web application using WebContainers would work almost exactly the same as the desktop version.

To wrap up, I showed the Sliders (web and desktop) examples that are included with Xojo, both of which dynamically add tiles to slide using Control Sets and WebContainers.

If you missed the webinar, you can watch it (and grab the demo projects) at the Xojo Dev Center.