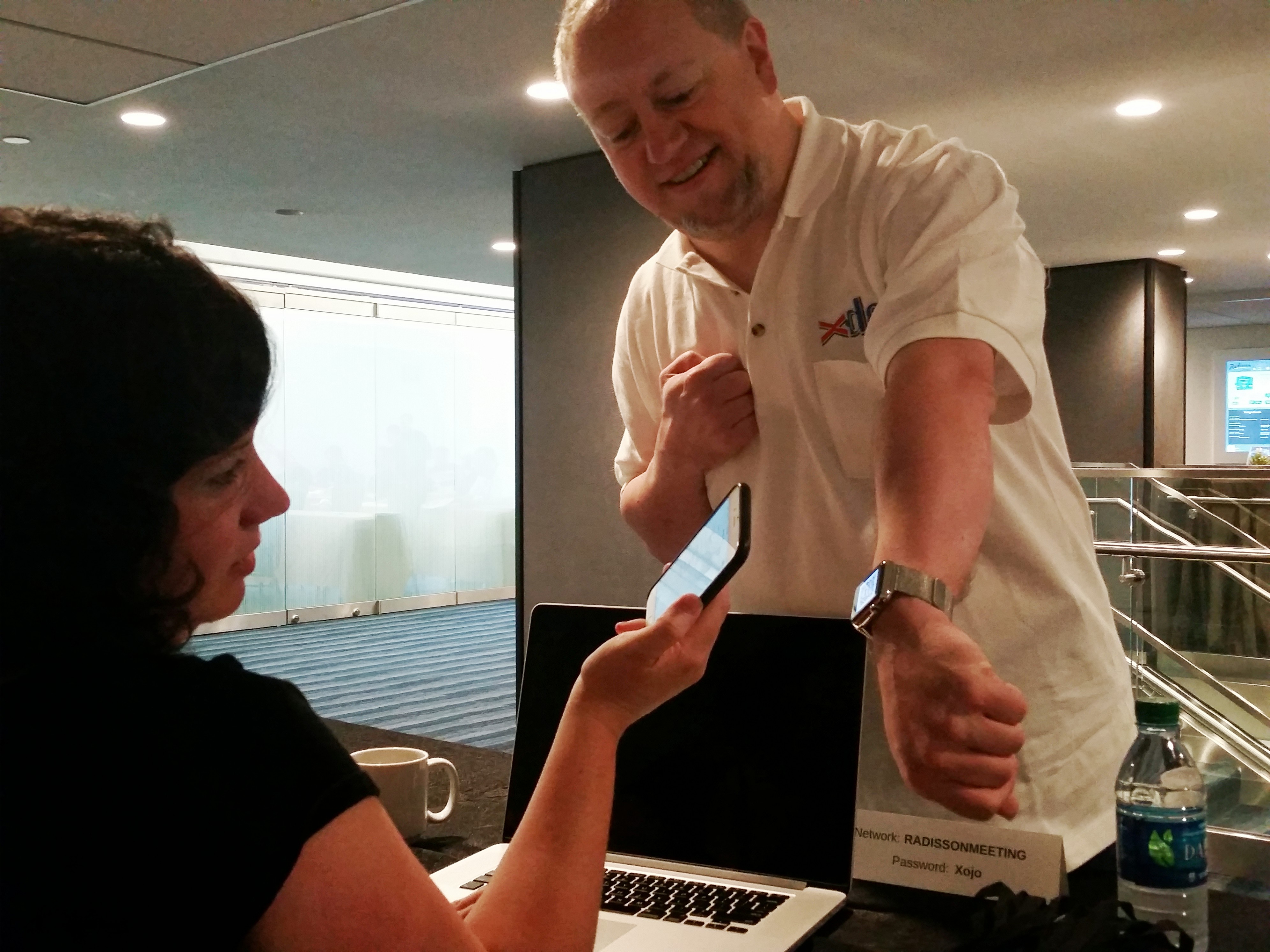 This year’s Xojo Developer Conference was in Xojo’s hometown of Austin, Texas, at the newly renovated Radisson on Lady Bird Lake in Downtown. 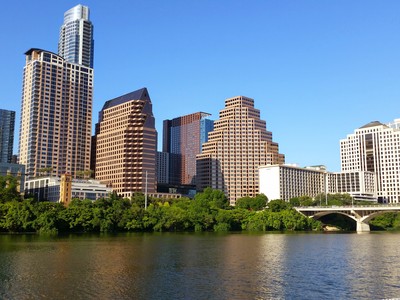 Geoff Perlman opened XDC by announcing that, for the first time ever, we are recording the entire conference- that includes Geoff’s keynote, all 35 sessions plus bonus material! Recordings will be available for sale by early June. XDC attendees will get a copy free. 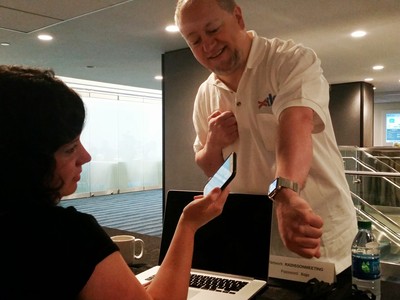 After a review of this #XDC2015 attendees- representing 12 countries, with 24% of attendees being first time attendees- Geoff moved on to talk about what’s coming up in future releases of Xojo. 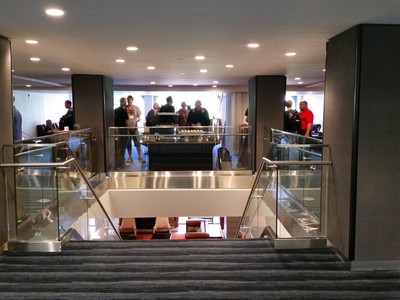 Cookie Break at the Radisson in Downtown Austin, Day 1

Xojo Web Drag & Drop
Geoff gave us a demo of touch-enabled drag and drop, coming to Xojo Web. This feature gives you client-side (browser) ability to handle drag and drop. You’ll be able to specify controls that can be dragged, those that can accept drops and get notified when drops occur. 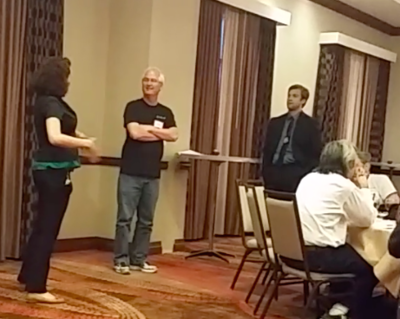 Geoff Perlman being interrogated by the Austin Police…at the Dinner Detective evening event.

64-bit Schedule
As you know, we’re working hard updating all platform frameworks to be fully 64-bit capable. It’s huge project with hundreds of thousands of lines of code and we’ve made great progress to date, Geoff announced that we have already built a 64-bit release of Feedback for OS X and Windows. Xojo iOS is already 64-bit. We’ll be adding an optimizing 64-bit capable compiler & linker and few if any changes will be required in your projects. 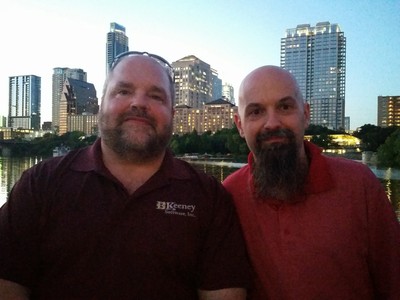 Raspberry Pi
Probably the most talked about announcement is that Xojo will be adding support for Raspberry Pi later this year! Xojo Pro users will get Raspberry Pi included in their existing licenses at no additional cost. Separate Xojo Raspberry Pi licenses will also be available.

Plugins in Xojo
Get ready to build your plugins in Xojo! We’re developing a new plugin format that lets you build your Xojo plugins in Xojo- no more C/C++! No Plugin SDK, so no waiting for features to get added to the SDK, use features as soon as they are available. These plugins are compiled down to LLVM bit code. Existing C/C++ plugins will continue to be supported long term on existing platforms & 64 bit desktop/console/web platforms. 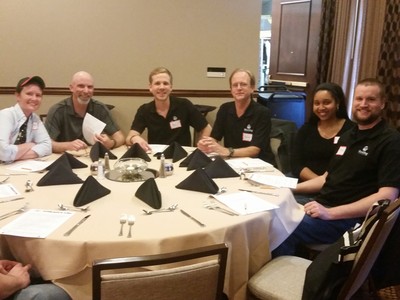 Xojo developers ready for a good dinner and a good mystery.

Retina Support
Retina support will be coming in 2015 Q4 with support for both the Xojo IDE and the framework, so you can support it more easily in your own apps.

Geoff also announced that we’ll be dropping Windows XP build support in Xojo 2015r3. We’ve blogged about this many times since 2013. Leaving XP behind is necessary and doing so will allow us to move forward and adopt new technologies on the Windows platform.

As always, XDC’s 3 days went by incredibly quickly. XDC 2015 wrapped up with a brand new coding contest- it was totally retro, dude! Bruno’s spaceship trumped even Joe’s bot, and he won a new Apple Watch! 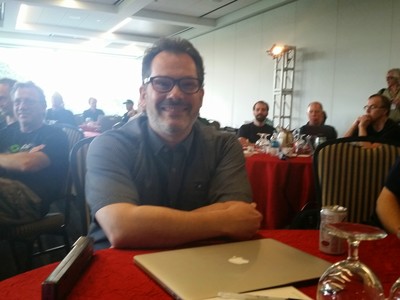 If you missed #XDC2015, don’t make the same mistake in 2016. In addition to the 35 sessions and other perks of being an attendee, there was the time Christian Schmitz’s brother full-body tackled the “murderer” at our Dinner Detective event and a gorgeous cruise down Lady Bird Lake ending in an amazing view of thousands of bats taking flight! The benefits of the conference are many and the memories…well, those can’t be quantified and some should probably not be recorded. As one attendee wrote me yesterday “Words can’t express the time that I had, people I met, and what I learned. I wish that I had attended the earlier ones. I will be at the next one…” 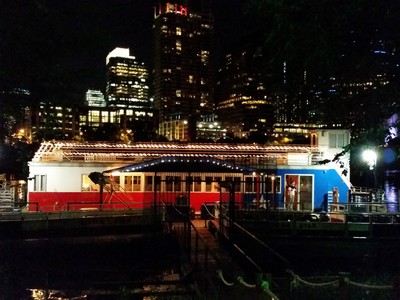 The Lone Star Riverboat, Docked After Taking XDC Attendees on a City Tour and Bat Viewing

For additional information, you can watch Paul’s XDC recap webinar. Also, check out the many threads on the Forum from some of the Xojo Forum’s most active members. If you have any questions feel free to post here or ask me on Twitter @Xojo. If you were at XDC, tweet us a pic of you wearing your #XDC2015 shirt in your hometown for a RT!