Is the NSA going to get you to switch to DuckDuckGo?

Last October, I wrote a blog post about how vulnerable Google is in its search business (the overwhelming source of its revenue). I realized this vulnerability after discovering that another search engine, DuckDuckGo, was started for less than $10 million, has equivalent search results, a clean looking interface and a low cost of switching. I’ve been using DuckDuckGo for over 8 months now, I didn’t make the switch from Google for privacy reasons, I simply liked the cleaner interface, but I’ll be honest and say that the privacy it offers is something I appreciate. Apparently, I’m among a growing group of savvy searchers. 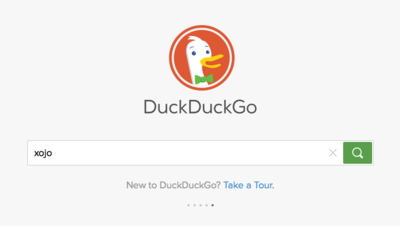 DuckDuckGo was created in order to provide a search engine that doesn’t track your search activity. Recently, there has been increased concern about the tracking the National Security Agency (NSA) has been doing presumably in an effort to achieve their mission. The majority of citizens want to do their part to keep this society safe, but we also want to know that we can reasonably control the information that others, even the government, collect about us. The United States Congress has yet to show the willingness or perhaps intestinal fortitude to slap the hand of the NSA as they arguably overreach. As a result, DuckDuckGo has seen a huge increase in use as more and more people realize that switching is simple and gives them one more place where they can control their privacy.

A sudden global concern over internet privacy is exactly the kind thing that could be a watershed moment for services like DuckDuckGo, and the beginning of the end for Google. There’s a lot that could change, particularly at Google. However, if something was going to kill Google, it would be another search engine that can be switched to easily and provides the user with a better (and more private) search experience.

Lastly, I’ll quote Benjamin Franklin on privacy and security: “Any society that would give up a little liberty to gain a little security will deserve neither and lose both.”