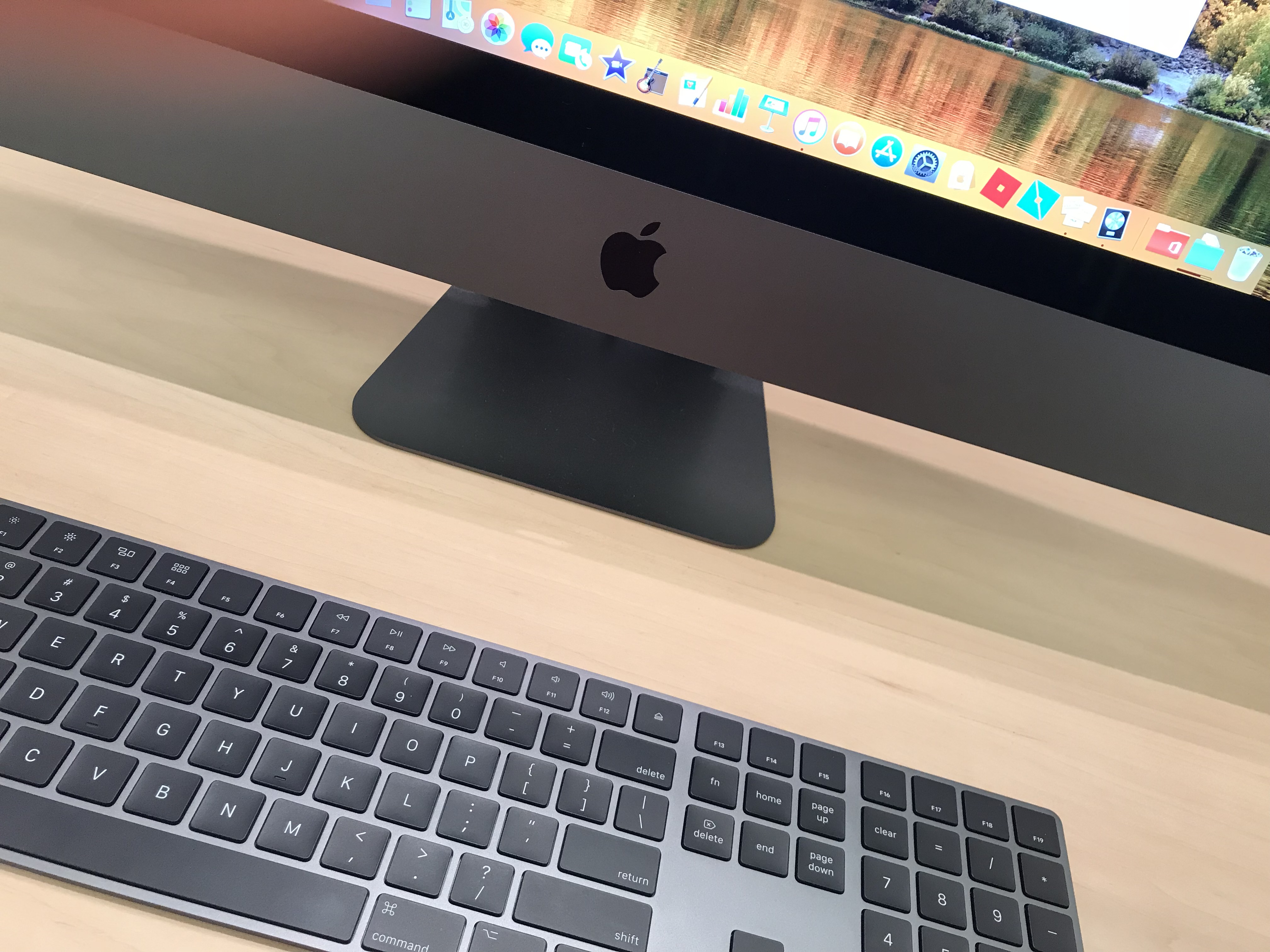 Do you need an iMac Pro for Development?

Of course you want an iMac Pro! But do you really need one for your development work? Most of the iMac Pro videos and reviews seem to focus on video and audio editing, which are certainly tasks that make use of the many cores that are available (8-18).

Typically most people will opt for a computer that probably has four cores such as found in the i5 and i7 series. These are used in the popular Macbook Pro and iMac models, for example. Four cores sure sounds like a lot so why would a developer need more?

What’s the benefit of multiple cores?

As I mentioned above, for video and audio rendering multiple cores are critical. The heaviest use of my CPU cores (I have a 6-core Mac Pro) happens when I’m editing and rendering videos, webinars and podcasts using apps such as Camtasia, GarageBand and Handbrake. 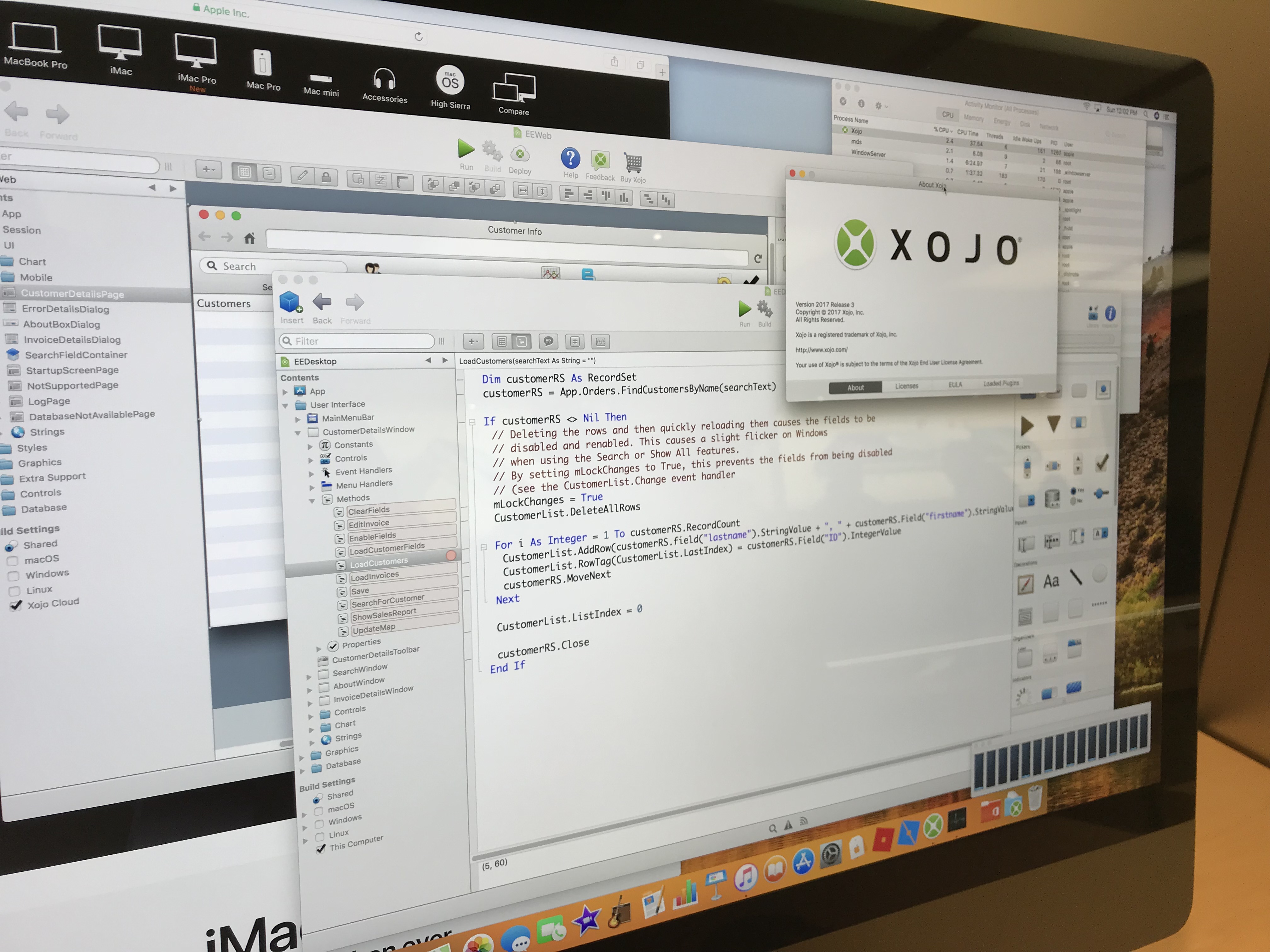 As a developer, your compiler can probably also make use of multiple cores. For example, Xojo uses as many cores as are available when compiling your 64-bit and ARM apps. If you have large projects that take a long time to compile, multiple cores can be a big help and make your development process more enjoyable.

But many of the other apps you run probably only really use a single core so you might think they don’t get any benefit from a multi-core system. But there is still a benefit to having multiple cores: running multiple single-core apps at once. The OS is smart and will run individual single-core apps on separate cores preventing any single app from having to share much CPU time and thus allowing more of your apps to run closer to full speed.

This is important because developers often run lots of apps at once. In particular:

As far as Xojo itself goes, as mentioned above it will make use of multiple CPU cores when it is compiling using LLVM (64-bit and ARM apps). So if you have large projects, you will get a nice benefit from having more cores.

I consider four cores to be the absolute minimum that a developer should have. In the case of the iMac Pro, I think the base 8-core model is sufficient for most. Apparently the 10-core model has a slightly higher turbo boost clock speed, but benchmarks seem to show that each core runs at a lower clock speed than the 8-core when all the cores are being used heavily. I think the 14 and 18-core models are only needed for video production and even then only in special situations.

But another thing to keep in mind is: how hard can you push those cores? The more you push the CPU and its cores, the more heat it generates. Most four core computers are often consumer-grade and so don’t always have a great cooling system. You’ll notice this when loud fans kick on whenever you start to push all four cores. This is particularly noticeable with the iMac and MacBook Pro. But the iMac Pro has an excellent cooling system. All reports are that it runs silent no matter how hard it is being used.

So back to the iMac Pro…

I took a trip to the Apple Store take a first-hand look at the iMac Pro and do a quick test of it with Xojo. Unfortunately I did not get a lot of time on it as the store was packed and there were a lot of people waiting around to try it, but I was able to run a couple things. The model they had on display was the base 8-core iMac Pro ($5000).

Launching Xojo is very quick: about 2-3 seconds. It takes about 6 seconds on my Mac Pro, but that can mostly be attributed to the much faster SSD in the iMac Pro.

Running the Eddie’s Electronics desktop app is also fast at maybe 4 seconds (64-bit version). On my Mac Pro this also takes about 6 seconds. Unfortunately, this is probably not a great test because the project is pretty small.

The Eddie’s Electronics web app started in about 8 seconds. On my Mac Pro this took about 11 seconds. In both cases Safari was already running — the iMac Pro would have likely had a bigger advantage otherwise. Again, the small project makes it a bit tricky to measure significant speed improvements.

Here’s a short video of my test runs so you can see how things worked, time it yourself and overall watch how snappy everything seems:

Is the iMac Pro worth it? A tricked out iMac 5K runs about $3500 or so if you upgrade the memory yourself. For the extra $1500, the iMac Pro gives you:

The iMac Pro is a beautiful, fast computer and although $5000 is expensive it seems to be a reasonable value.

If you are a fan of the all-in-one iMac design, I think it totally makes sense for a software developer.

But personally I’m waiting to see what Apple announces (hopefully this year) regarding their Mac Pro replacement. I really like being able to upgrade my computer over time as my needs change and parts become less expensive. Although the iMac Pro has upgradeable RAM and what appears to be an upgradeable CPU and SSD, taking it apart does not look like a fun time to me.

Published in Fun and Mac