A couple years ago I wrote a post about Going Rogue with Xojo. It proved to be rather popular and I got some great stories back from how people were able to use Xojo in their organizations.

One of my favorites was from someone whose company, after spending 10 months with a vendor to get software made for their project, had nothing to show for it and the project deadline was fast approaching. They turned to Xojo and were able to put together an app in just 2 months to meet the deadline- now that’s rapid application development!

Another user recounted how they use Xojo to display graphics on the broadcasts for the TV station they work at and they continue to use Xojo to create small apps when needed. 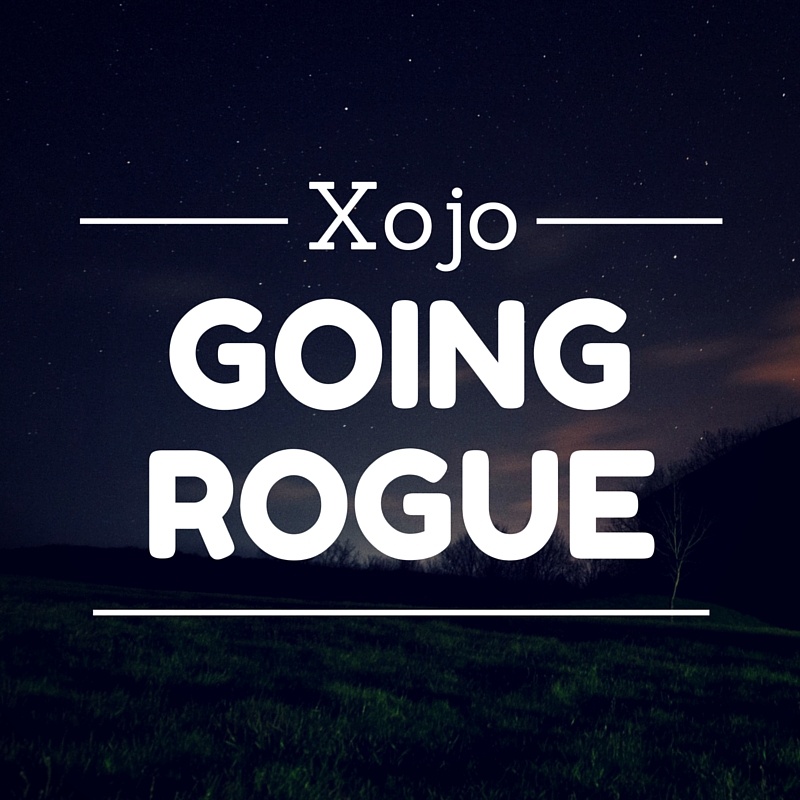 There were also lots of other stories of people that needed to build an app for some purpose but were unable to get the IT department to allocate any time to it. So they turned to Xojo and created the apps themselves, becoming citizen developers and enabling them to finish a project or be more productive. And in several cases, the Xojo-made rogue app ended up getting officially sanctioned and used for other things.

Additionally, I’ve heard stories from consultants and others that own their own business that have said “without Xojo, I wouldn’t have a business”.

Of course, I did hear from a few people that were aghast that I would recommend “going rogue”. They feared it would get them fired. I guess all I can say is that you have to use your own judgment with where you work. If you work at a place that has strict policies against this sort of thing, then going rogue is obviously not for you.

But many, many more companies do not have such draconian (but perhaps valid) rules and just want you to get your job done quickly and in the most efficient manner possible. We think Xojo can help with that.

Since that Going Rogue post was published, Xojo has added many new features, including iOS support, the new framework, 64-bit and Raspberry Pi. We are all really proud of how Xojo is able to allow people to more easily create the software they need. And now you have even more ways you can “go rogue”!

If you have stories to share, I’d love to hear them. And if you are trying to get Xojo in your organization, get in touch with us. We can help.

Published in Community, iOS and Technology