Being Efficient with iOS Tables

Anyone who has built an app in Xojo has used the Listbox method AddRow to create new rows. The iOSTable control in Xojo also has an AddRow method. However, unlike building a desktop app, AddRow is not always appropriate for iOS apps. 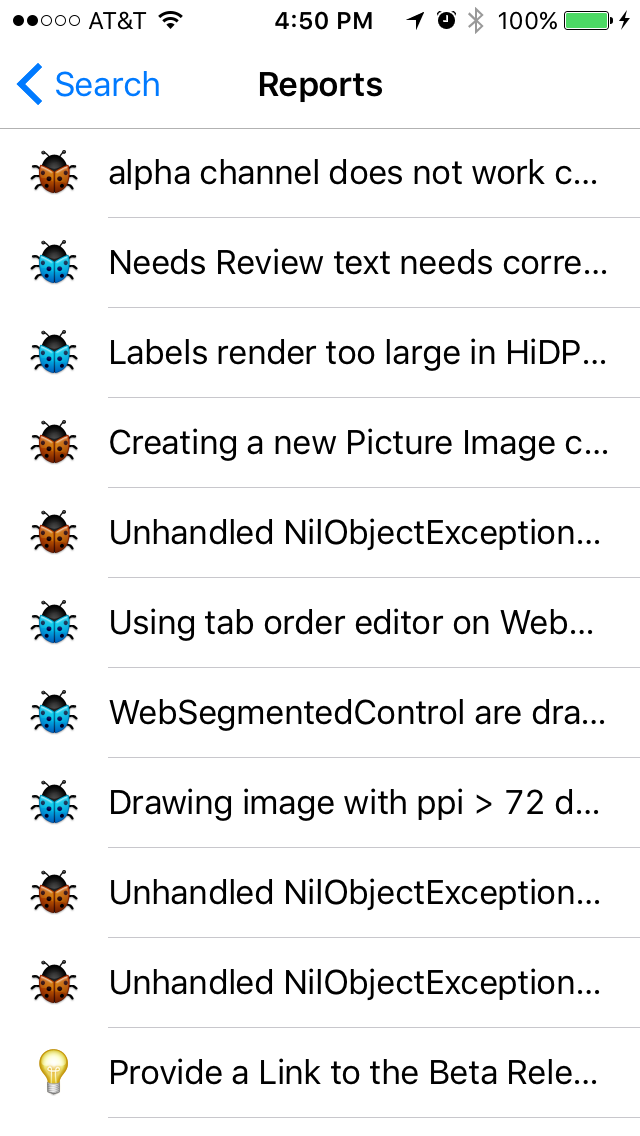 Desktop and laptop computers generally have plenty of RAM so loading a lot of data into memory is not a problem. Call AddRow all you want and it won’t likely matter. iOS devices however don’t have nearly as much RAM. iOS does quite a bit of gymnastics to manage memory efficiently, but it can only do so much and sometimes it needs your help.

When your iOS app has a table that will only display a small number of rows, less than 50 for example, then AddRow is fine. You are likely duplicating your entire data set (one set being the original and the other being the rows in the iOSTable) but an extra 50 rows isn’t going to be a problem.

Once you get into hundreds of rows, it starts to really make a difference. For example, in an iOS app I built one particular table has over 1000 rows. However, at any given moment, there are only 11 rows displayed because that’s as much as my iPhone screen will show. I can swipe up and down of course, but only 11 rows are displayed at a time.

In cases like this, you need something that only duplicates the rows that the user can actually see at any given moment. The more rows of data, the more important this becomes. That’s where the iOSTable’s DataSource property comes in. With this property you can dynamically load data from your data set into the table allowing iOS to be more efficient with memory by unloading rows that are no longer visible. With large data sets, this not only saves memory but makes your app more responsive as well.

So what’s involved with using iOSTable’s DataSource property? Basically, you’ll add a class to your project that will, on demand, take data from your original source and provide it to the table. As the user scrolls the table, the table will request rows from your class which will get them from the original data source:

That’s it. You’re done. Now instead of your app duplicating every row of data from the original source (CustomerList in the example above), it will dynamically fetch rows as it needs them. Your app will be more responsive and will use less memory as well. This will be overkill if the table never shows more than a few dozen rows. However, if it’s showing hundreds or even thousands of rows, it’s a necessity.

If you’d like to see an example project, there’s one included with the Xojo download (Example Projects/iOS/Controls/Table/TableDataSource.)

Published in iOS, Technology and Tips