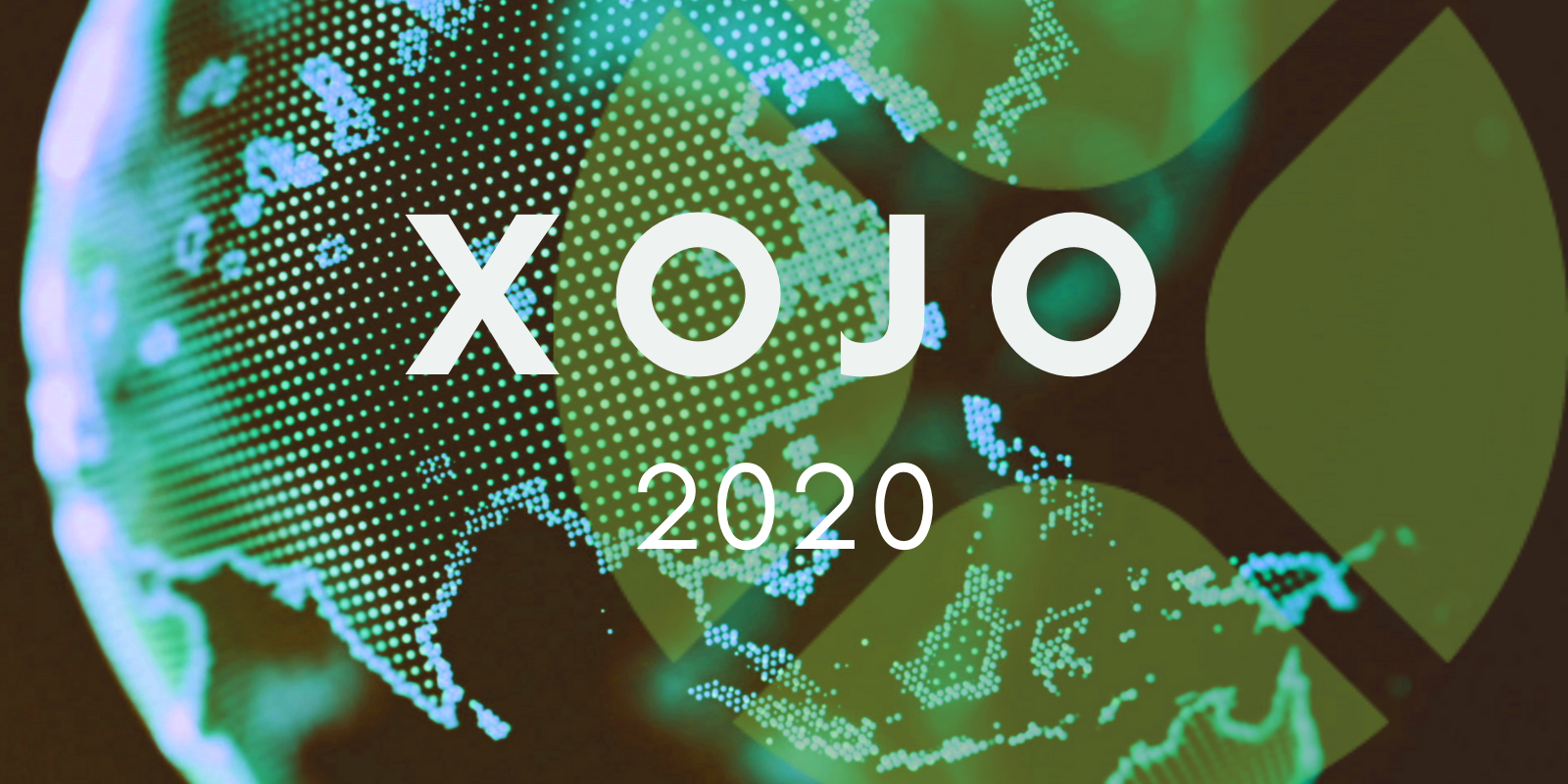 On January 1st few would have predicted the year we were all about to have. Adapting to new ways of living, working and playing in a pandemic has become a central part of our lives.

I have to confess that when the pandemic became a stark reality in March, I immediately assumed the worst. I started planning for a very different year than I had originally expected. If there’s one thing I have come to really appreciate this year, it’s pleasant surprises. Despite the uncertainty, 2020 has been a terrific year for Xojo by nearly every measure. Sales to new users are at a 5 year high and the community is growing in both adoption and retention of Xojo. We have also seen a double-digit increase in Xojo Cloud servers.

For Xojo and perhaps the world, the year 2020 can be summed up as a year defined by change. From traveling the world (XDC 2021 moved to October) to traveling to pick up groceries, it’s all different in 2020. A big change for Xojo was moving the web and mobile frameworks to API 2.0. This makes it easier than ever to use the same code across desktop, web and mobile apps. This has always been an important part of our vision for Xojo so we are happy to have delivered two more huge parts of that.

We partnered with Github on their Student Developer Pack. The Pack introduced Xojo, among other great tools, to 1.8 million students encouraged to learn programming by doing it. As a result, every day we see new student developers using Xojo. We also moved our forum from esoTalk to Discourse which has been a terrific improvement for the community. Because the pandemic has isolated many of us, we started doing video hangouts twice a week. There are regulars that show up for nearly every hangout and there are also new faces each time. I hope you’ll come by sometime. Links to the hangouts are available on the forum on Tuesdays and Fridays. We also launched the Xojo Showcase, a Xojo web app itself, to give Xojo users a way to share and show off their apps. You can scroll through the Showcase to see what other Xojo users have built and add your own Xojo-built apps.

This year we started the Xojo Most Valued Professional Program with the goal of improving communication between Xojo, Inc. and the user community. The MVPs were chosen by asking each member of the Xojo team to think of 5 users that have consistently been a positive force in the community. We then added up the votes and chose the 5 that received the most. They are (in no particular order): Kem Tekinay, Gavin Smith, Wayne Golding, Anthony Cyphers and Jérémie Leroy. They have all be doing a great job providing us with input on many things that impact the community.

We continue to hear exciting stories from members of the community about how they are using Xojo. The British Interplanetary Society in Italy (BIS-Italia), teaches students how rocket engines and launchers work. Nearly 2000 students assembled the avionics of one of the stages of the rocket launcher and tested the assembled launcher with a Xojo-based application. We were very excited to learn that Xojo is currently being used at the Spanish National Center for Biotechnology which uses “leading-edge technology in the fields of structural biology and image processing, cell biology, genetically modified mouse and plant models, genomics and proteomics, as well as bioinformatics and computational biology”. Using Xojo, they have developed internal web applications to track some of their cutting-edge experiments. In the US, Xojo is being used in classes in UCLA’s Department of Film, Television, and Digital MediaCinema and Media Studies Program. Last year the students used mostly desktop applications but with the improvements to iOS including MobileMoviePlayer, they are looking forward to moving to iOS with Xojo 2020r2.

The year wasn’t without sadness, all of us at Xojo and in the community continue to feel the loss of Xojo engineer and friend, Stéphane Pinel. As difficult a year as this has been, like so many of you, the Xojo team has adapted to the new normal. Having said that, we are looking forward to returning to at least some of the old normal. We will continue to plan and be hopeful for the future and we look forward to seeing you in person at XDC London in October 2021. Best wishes to everyone for a happy and healthy 2021.