The Value of a Native App

It was reported that Apple is rejecting from the Mac App Store apps written using the Electron framework. This is where we see the advantage of writing a native application.

So you’ve created an app that you plan to sell, now you’re done, right? Nope, not even close! Developing your app is just step one. Marketing and promoting your app is the key to its commercial success, starting with announcing it. We talked to one successful Xojo developer who has several apps in the App Store. He told us that he spends 50% of his time on development and 50% of his time on marketing. Marketing. You think it’s just something for the Pros or people with a big offering, but it’s not.

Making sure everyone knows about your new app or latest update is really important. I have been in PR/Marketing for many years and have seen it all! The biggest mistake I see is developers forgetting to put a link back to their website or sitelet when talking about their app. In announcements and on social media it’s so important to make sure people can find you easily! Here are the 3 most essential steps you should take when announcing your app (or release) to the world. 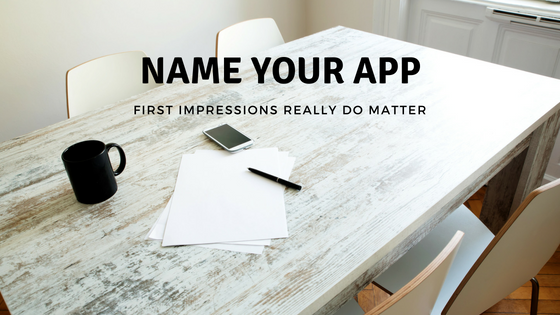 Naming your app may seem like the last step and the easiest part of the process, but it actually should involve some careful thought and consideration. A name needs to set the right tone for your app, should relate to it in some way, and should be searchable, meaning something that can be found easily in search engines. For example, you don’t want to name your app TravelTips – there are thousands of google searches that will come up before your app. You want a name you can own.

When we changed our name from Real Studio to Xojo, we wanted to make sure we could find a name that we could own. Not only was Xojo a pretty wide open space in terms of search, but it also stands for something that describes what Xojo is – X is for Cross-platform and “OJO” is for Object-Oriented.

More Important Than Ever: Cross-Platform’s History

There was a time when the idea of running the same code on different computers wasn’t even imagined. Programming languages were written specifically for a particular computer. And computers were purchased for very specific purposes so why would you even want to run a particular program on another type of computer?

It was the desktop computer revolution that changed that. By the mid-to-late 1980’s, there were more and more desktop computers and developers wanted to target all of them. Soon, however, Windows became so dominant that many developers chose to focus on that one OS. Some Mac developers, not wanting to miss out on the potentially enormous Windows market, either went to the trouble of writing two versions of their applications or used a tool/language that would allow them to target both Mac and Windows from a single code base. This was the beginning of cross-platform development.

Recently, I was asked by tech blogger Chris Pirillo if cross-platform was really important anymore. Cross-Platform is actually more important than ever. Why? First of all, while the Windows PC market is seeing flat or declining sales, Apple’s Mac marketshare is growing. We are seeing this at Xojo. More and more Windows developers are coming to us because they can no longer ignore the Mac market. Linux is the predominant server OS. If you want to write server software that can run on some combination of Linux, Windows and OS X, you’ll want to be writing cross-platform code.