In previous articles, I’ve written about how Xojo is often much, much easier to use and more capable than Visual Studio for Mac for creating Mac and cross-platform desktop apps.

Visual Studio can also create web apps and as it would turn out, you may find that Xojo is a better option for web apps.

Technically, Visual Studio for Mac can create ASP.NET Core Web Apps. These type of web apps use the ASP.NET framework, but do not provide a form (layout editor) for your app’s user interface. Instead you’ll have to create everything in code, including mapping UI actions to corresponding code. ASP.NET Core also requires you to use the MVC (model-view-controller) design pattern, which can be a bit daunting for beginners.

So to demonstrate something a bit simpler, here is how you can create a Xojo web app that works like the “Hello” app shown in the native Mac and cross-platform desktop app posts.

You are done with the layout and can move on to the code.

If you read the native Mac app post or the cross-platform desktop app post you’ll notice something. The steps and code are exactly the same when creating a Xojo web app as when you are making a Xojo desktop app, at least for this simple example.

To test your project, just click the big Run button on the toolbar. This starts the web app in your default browser. Click the button to see the label get updated. 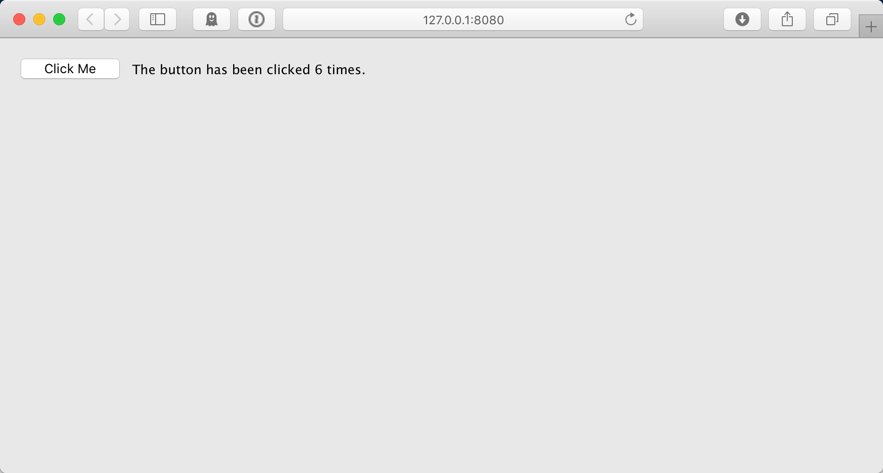 Indeed this is a ridiculously simple app and is really designed just to give you a quick feel for the development environment. But it should be pretty obvious that Xojo is much, much simpler to use for creating web apps than Visual Studio for Mac.

But Xojo has one other huge advantage when it comes to web apps: deployment.

If you need the fastest possible way to deploy your Xojo web apps, you can sign up for Xojo Cloud and then with just a single click of the “Deploy” button on the toolbar your app is built and uploaded to your server for use by anyone.

If you would rather use your own servers you also have the option of deploying a Xojo web app as a single executable file with a built-in web server (Linux, Windows and Mac servers are supported). Or you can use deploy your Xojo web app so it uses a CGI interface to connect to your own Apache web server.